So it was not just Russian propaganda, Hunter Biden had indeed helped secure millions in funding for US contractors in Ukraine specializing in deadly pathogen research.

The top picture above (from Wikipedia) by the Office of the Chairman of the Joint Chiefs of Staff for Public Affairs, shows President Joe Biden hugs his family during the 59th Presidential Inauguration ceremony in Washington, Jan. 20, 2021. This text is about Hunter Biden who is also in the photo.

When Russians brought out the story several weeks ago about tens of bio labs in Ukraine, the Pentagon spokesperson John Kirby said the following:

“The Russian accusations are absurd, they’re laughable and you know, in the words of my Irish catholic grandfather, a bunch of malarkey. There’s nothing to it, it’s classic Russian propaganda and I wouldn’t, if I were you, I wouldn’t give it a drop of ink worth paying attention to.

He forced me to check in the dictionary, so the word malarkey means “insincere or foolish talk”.

There was a question: “But can you explain to us what has there been. Any relationship between them.”

His answer: “We are not developing biological or chemical weapons inside Ukraine. It’s not happening.”

Then there is a part by the White House Press Secretary Jen Psaki who said:

Yeah these Russians are really bad, but go to Wikipedia and read about the US chemicals used in Vietnam. See also this article in History, note some pictures with children born without eyes may be disturbing.

In short, they used chemicals for over a decade, but their consequences can still be felt today. Around 20 million gallons of Agents Green, Pink, Purple, Blue, White, Orange, Orange II, Orange III, and Super Orange were sprayed over Vietnam. Right now more than 3 million of people in Vietnam suffer from health consequences.

Did you know that Britain used them as well in what is now Malaysia, as an attempt to starve out Communist insurgents?

Well, Jen Psaki is a young person so she does not remember. But isn’t she supposed to be educated? She is holding such an important position in the US administration.

Here is the video so see and hear yourself:

If you are curious about the latest news related to Ukrainian biolabs, from Russian side, here is what they published yesterday:

Well, there is a long text in Daily Mail (published on March 25, 2022) with screenshots of various emails found in Hunter Biden’s laptop. They show some really amazing details that can be summarized as follows:

It is hard to deny these facts when you see the screenshots. So it appears that Admiral Kirby was not telling the truth, and that Russian claims were not laughable after all. Disappointing really for an admiral. But something tells me he will find yet another thought from his wise grandfather’s repertoire.

Is Hunter Biden going to jail?

Some claim Hunter Biden is facing decades in prison. These are the words of the former US Attorney Brett Tolman. He says ” … he’s looking at years in federal prison and he can probably thank his father for some of the sentencing. … You’re going to see up to 20-30 years in federal prison based on the amounts of money which is how you sentence in the federal system.”

But this is because of money issues related to this activity, not because of the biolabs. You remember what the admiral said? They do not exist.

What is China saying about the Ukraine biolabs issue?

Here is the statement I found, dated March 25, so this is before the mentioned text published in Daily Mail. This is the statement by the spokesperson for China’s Ministry of National Defense:

Meanwhile, the war in Ukraine is continuing. Cities are destroyed and millions of people have crossed the border as refugees.

I see some US people applauding President Biden’s decision about the number of refuges that the US is going to accept. These refugees do need help, but I must say that the US and NATO countries are continuing the agony of Ukrainian people by sending more and more weapons to Ukraine.

As I discussed in my earlier text, this all was provoked by the US and NATO. So I am convinced that the US would help more if they would respect their signed and un-signed treaties and agreements. This would imply making sure that Ukraine’s government forgets its plans for joining NATO. This is where the problems started in the first place. 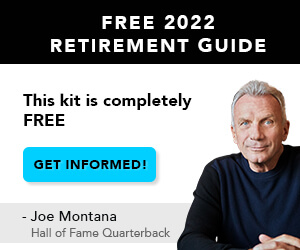 On the other hand, economic situation in the US is not becoming better. The war in Ukraine is a convenient way to try to push such issues out of sight, but for how long? The US dollar is losing its value and this will become even worse if, as it seems now, some important countries in the world stop using it for trade.