The US dollar is losing value and oil prices are going up. Some blame Putin for this, but in any case the question is how to preserve your life savings. There are ways, so keep reading.

As of the moment of writing these lines there is a war in Ukraine. It seems that the bigger part of the world condemns what Russia is doing, and with all the good reasons. But it is easy to forget how and why this crisis started, and this was decades ago.

It may be useful to start here with the words of the last US ambassador in the Soviet Union, Jack Matlock. He was in Moscow in those critical years when the East Block collapsed:

“I consider the Administration’s recommendation to take new members into NATO at this time misguided if it should be approved by the United States Senate. It may well go down in history as the most profound strategic blunder made since the end of the cold war.

Far from improving the security of the United States, its allies, and the nations that wish to enter the alliance, it could well encourage a chain of events that could produce the most serious security threat to this nation since the Soviet Union collapsed”

Do you still remember Gorbachev? He was the good guy for the West. Can you believe, he was visiting foreign countries with his wife. This was something unseen with any other Soviet leader. Just as a comparison, when yet another Soviet leader Yuri Andropov died, people in Moscow were surprised to see his wife at the funeral. They did not even know he was married!

Anyway, back to the good guy, the one who helped dismantling the Soviet system. Here he is addressing the members of the US Congress:

I would like to point out again his words: “You may not humiliate a nation and their people, and think that it’ll have no consequences. So my question is, is this a new strategy?”

I feel sorry for this man because I can feel disappointment and despair in his words. He knew what was coming. As far as I know, he is still alive, and he can see what is happening in Ukraine right now. Now, who is to blame?

Let’s see what western thinkers were saying all these years, but nobody was listening. Here are some words from Noam Chomsky:

OK, I know Noam Chomsky is an independent thinker and a critics of the USA policy and international behavior. But how about this gentleman, historian Stephen F. Cohen? See what he was saying:

So let me repeat his words:

“(NATO expansion) … represents a profoundly broken promise to Russia made by the first Bush that in return for united Germany, NATO would not expand eastward. This is beyond any dispute.

People say, well, they never signed a treaty. But the deal is a deal, the United States gives its word unless we’re shysters and if you don’t get in writing we’ll cheat you…”

There are people in the West that know all these facts, and some are not afraid (who would say?) to bring them forward. Listen to this smart young women, it is incredible how correctly she sees the situation:

Is Russia and Putin to blame for the current US Economy situation?

The US and NATO are able to supply weapons to Ukrainians, and they will fight “crazy Putin” till the last Ukrainian, but this will not solve internal problems in the US. This is an empire in decline (these are not my words, I heard them a number of times from some outstanding US thinkers), and its currency is loosing value by day.

But, it is a fact that US inflation has been on a steady upswing over the past year, so it has nothing to do with the current Ukrainian tragedy. Right now, inflation is at the highest level in more than 40 years.

As you know, Saudi Arabia does not intend to increase oil production in order to drive down the current oil prices. So they simply ignored Biden administration request regarding this issue.

In other words, oil prices in the US are unlikely to decrease any time soon, and the US dollar’s value will not increase. Inflation in the US is out of control, and this all drives the country into a recession.

There is more, there are several big players in the world that are looking to replace the US dollar as the world currency, and to create a multi-polar global world. Who could blame them? Just think, why would world want to use the US dollar that is loosing value by day?

If this happens, this will have catastrophic effects on the US economy, and the dollar value will decrease even further. This means the same will happen with your life saving.

How to protect your life savings?

As of the moment of writing this text, the world’s central banks are significantly increasing their allocations to gold. Their reasons for buying gold are similar to individual investors reasons. 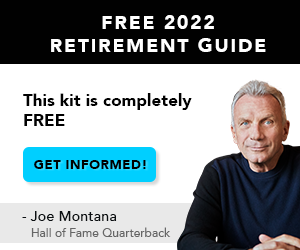 In the case of banks this is about stabilizing their financial reserves, and their main reasons for buying precious metals are:

Now, think about the reasons listed above. They can directly be applied to individual retirement savers who, by investing in gold, may reduce the uncertainty that can bedevil their savings.

Smart people claim it is time to invest into precious metals. This has always been the best way to preserve your savings in the times of crises. There are legal ways to do the same with your IRA savings. You can transfer IRA to gold in a safe and transparent way. So follow the links above to read more, you will then be able to get in touch with qualified people who can guide you through this.

But let’s not forget the title above. What do you think? Is it about NATO broken promises and a humiliated nation, or just a crazy Putin? Whatever the answer is, as the video above predicts, Ukraine will be wrecked. In fact, it is already.

Thank you for reading. Let me know if you have questions or comments there is a comment box below.